Created by Dr. Pierre Lechner, ANEB was founded in 1987 under the name of Fondation de l’anorexie mentale et de boulimie. Despite a predominantly medical approach, Dr. Lechner firmly believed in community-based treatment methods and in the creation of support groups to help people suffering from eating disorders. Consequently, many of his efforts were devoted to the development of a foundation that could offer complementary services in hospital settings.

ANEB consists of 43 members and offers its first support group as well as workshop classes for loved ones of people with eating disorders. ANEB also publishes a newsletter (Images) sent on a quarterly basis to ANEB members, in schools, in CLSC’s, and in hospitals. One volunteer offers telephone help from her home to give information to callers.

Housed in the West Island Community Resource Centre, ANEB becomes an independent community organisation with its own address and telephone number.

ANEB hires a general director to work part-time. A new help service, called the Open Group, is inaugurated and allows people suffering from eating disorders to attend support groups without signing up on a waiting list.

In 2005, ANEB becomes the official Quebec partner of Dove’s Self-Esteem Project and obtains a sponsorship to spread its message in schools. A help line with a 1-800 number becomes accessible across Quebec. A new open group for loved ones is now offered.

ANEB is awarded the 2008 Accolades award by the West Island of Montreal Chamber of Commerce. The Accolades prize seeks to encourage the promotion of the business community.
This year also marks the introduction of the name ANEB for Anorexie et Boulimie Québec. A new logo and a new website are introduced as part of the change.

ANEB moves to the AVON Canada office. A new media campaign is launched as well as ANEB-Ados, the section of the website catered specifically to teenagers. ANEB also offers open groups in Trois-Rivières, Sherbrooke and Gatineau.

Catherine Brunet becomes the new spokesperson for ANEB. ANEB is named partner of the Quebec Charter for a Healthy and Diverse Body Image.

25 years already! A fifth fundraising campaign, a breathtaking benefit gala, an ambitious financial goal of $250 000, and the anniversary of an organisation making a real difference for people suffering from eating disorders as well as their loved ones. ANEB’s mandate remains to continue to offer help and reference services by phone, open and closed support groups, its website, chat groups, prevention and awareness workshops, training sessions for professionals, the Images bulletin newsletter as well as other projects and special events.

With the help of many community partnerships, both private and hospital-based, ANEB and the Maison l’Éclaircie de Québec collaborate to organise the first Eating Disorder Awareness Week. The week is held from February 2nd to 8th and has the goal of raising awareness of eating disorders and the challenges they pose. 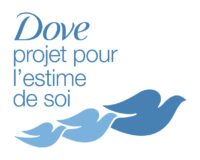